EvoLLLution NewsWire
A newly released report by Education Sector urges the United States Department of Education to better align data to help students make the best possible choice when it comes to enrolling in a higher education institution.

“In Debt and In the Dark: It’s Time for Better Information on Student Loan Defaults,” released on Tuesday, points out that institutional student-loan default rates and graduation rates are not made adequately available to the public, when such data should be helping students make informed enrollment decisions.

According to the author of the report, Andrew Gillen, the government should be pairing default rates and graduation rates to provide a clear picture of a student’s chance of success at a given institution. Further, he encourages higher education institutions to provide more detailed data on the characteristics of students who default on their loans, and suggests that institutional default rates be adjusted to take family income and Pell Grant recipients into account.

The report includes a list of “red flag” institutions, many of which are for-profits and community colleges, whose graduation rates are far below student-loan default rates.

“Many students at these colleges will no doubt take out loans, graduate, and get good jobs,” the report states. “But the high default rates and lower graduation rates suggest that many students will not.”

However, this approach to defining successful institutions has been met with skepticism across the industry, with critics pointing out the problems with using available data for making such claims.

“On the one hand, the authors accurately point out some of the striking limitations of much of the existing data on completion and default rates,” David Baime, senior vice president for government relations and research at the American Association of Community Colleges, told the Chronicle of Higher Education. “On the other, they proceed to use it to identify ‘red flag’ institutions.”

Baime also pointed out that these institutions have difficulty in meeting the requirements defined in the report because students at many of the “red flag” institutions take longer to graduate and transfer out. This notion was supported by Steve Gunderson, president and chief executive of the Association of Private Sector Colleges and Universities.

“Considering who we serve and how we serve them,” he told The Chronicle of Higher Education, “that’s not an indictable statistic.”

Nonetheless, the report argues that by properly collecting and releasing graduation and loan default data, the information will ultimately help all students — both traditional and non-traditional — make informed decisions about which institutions to attend.

“Until we have better data on loan defaults, the federal government will continue to lend billions to students every year,” states the report. “With little to show students, taxpayers, or policymakers about what happens when those students have to pay back that money.” 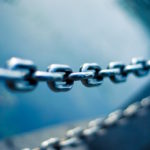 Microcredentials Forge the Links Between Businesses, the Community and their College 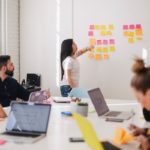 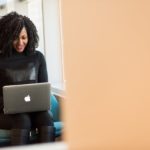 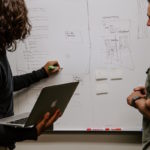