EvoLLLution NewsWire
President Obama told a group of 4,000 students at the University of Michigan that America’s economic success is dependent on higher education becoming more affordable and accessible, according to United Press International.

Obama told the crowd that a college degree is the best way for people to achieve the American dream.

“If you work hard, if you are applying yourself, if you are doing the right thing, you can do well enough to raise a family and own a home and send your own kids to college, put away a little for retirement, create products or services—be part of something that is adding value to this country and maybe changing the world,” he said.

Obama made it clear that higher education institutions can’t continue to rely on increasing tuitions, arguing that cost-saving measures should be explored before increasing the costs for students.

“We are putting colleges on notice,” he said. “If you can’t stop tuition from going up, then the funding you get from taxpayers each year will go down. We should push colleges to do better. We should hold them accountable if they don’t.”

Obama added that states play a major role in making sure colleges and universities can deliver quality education. He took the opportunity to announce plans for a “Race to the Top” competition encouraging college affordability.

“We’re telling the states, if you can find new ways to bring down the cost of college and make it easier for more students to graduate, we’ll help you do it,” Obama said. “We will give you additional federal support if you are doing a good job of making sure that all of you aren’t loaded up with debt when you graduate from college.” 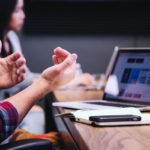 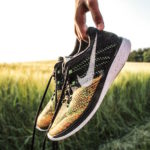 Bridging to University: Collaborating with Colleges