Cal Grants Not Going Down Without A Fight

While he has no proposed solution for handling the budget, Newsom is staunchly opposed to the proposed changes to the Cal Grants eligibility criteria and proposed elimination of two other grant programs. The new criteria would increase the minimum GPA requirements for applicants, leaving two-thirds of current applicants in the dark.

“The current proposal threatens to further handicap students already fighting social and economic disadvantages,” he wrote in a letter to a state committee last Friday. “Denying Cal Grant benefits will place an undue burden on students, making it more difficult for them to afford an education while trying to change their circumstances by completing a college degree.”

However, a spokesperson for Brown told the Los Angeles Times that Newsom’s approach did not take into account the realities of California’s current financial situation.

“Bigger deficits are not the answer,” spokesperson Gill Duran said to the Times. “That kind of thinking is what got us into this mess.” 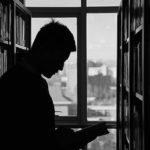 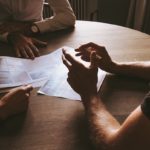