In 2009, Joe Marani, a resident of Marshfield, Mass., lost his job during the height of the recession. Having only partially completed college, he was left with few options. Like many Americans, Joe made the decision to invest in himself by going back to school. With a passion for art, he enrolled in a 3D Animation and Interactive Media certificate program at Boston University.

A year later, Joe completed the certificate program. But he couldn’t find work. 3D Animation studios in the area were no longer hiring. Having invested significant money and a year of his life already in his education, he did not have the time or money to complete another degree program. But he needed an education to develop the skills that could get him a job.

Joe instead enrolled in a simple online course on building websites with WordPress (which, full disclosure, is a course offered by Udemy). Joe watched the videos, paused, and re-watched until he mastered the concepts in the course and could execute the skills. He also soon found work by building websites in his community for groups ranging from a local athletic league to a T-shirt screen-printing company and a solar hot water firm. Joe now does everything for the solar hot water company from IT to web design—all skills he learned from several online courses in which he paid to enroll for, at most, $99. He didn’t even complete all of the courses in which he enrolled; he consumed knowledge and learned the skills he needed and then moved forward.

As commentaries over the past couple years have debated whether massive open online courses (MOOCs) and online learning more generally will disrupt traditional higher education, much of the opinions have missed a key point. By focusing on low course-completion rates, student demographics, what strategies institutions of higher education should take in the wild west of online courses, and whether higher education institutions that don’t act will collapse in the next couple of years, they have missed the slow change that’s happening entirely outside the realm of traditional higher education, in which millions of adults are taking online courses, not for degrees or in formally accredited programs, but in order to survive, keep learning, and get ahead.

There are 37 million Americans like Joe who have some college but no degree. Many of them, like Joe, need to re-skill to be able to make a living. Many of them don’t have the time or money to be able to access a traditional certificate or degree program, even if it is online. In the language of disruption, they are non-consumers of traditional certificate and degree programs. They have a job to get done, but they need a simple, affordable, convenient, and accessible solution that allows them to fulfill it. For many, an unaccredited, affordable and self-paced online course fits the bill.

Joe’s story is repeated around the globe. There are people across the world who need to upgrade their skills to find a new career or do their current jobs more effectively.

Much of the discussion of online learning has centered on formal education. But disruption generally starts outside the paradigm of a sector’s traditional offerings and redefines what that paradigm means entirely. As Clayton Christensen and Derek van Bever wrote recently in an article for the Harvard Business Review, these innovations can be market creating, in that they create a whole new class of consumers. As these innovations improve, their effects over the longer term can be surprising and change how we think of a sector. It’s happened in computing; for example, mainframe computers were once the province of an elite group but now, through smart phones, computers reach billions. This emerging class of asynchronous online courses, both paid and free, is doing something similar by targeting primarily non-consumers—those not considering formal higher education (either again or for the first time). But these non-consumers are now improving their skills one competency at a time and certainly consuming education.

This matters now because employees need more training. As illustrated by the recent job reports, although unemployment may be falling, stagnant wages and growing job insecurity have forced those already employed to update continually their skills. Folks still without work, particularly those who have been unemployed for more than 27 weeks–the long-term unemployed–often must consider new careers and new training. The pace of change is also breathtaking. For a marketing major who graduated with a BA in 1991 and learned about print and television advertising, the words Instagram, Facebook, and Google were gibberish. The technology and techniques for success behind these and other marketing efforts are changing constantly.

Against this backdrop, self-directed, competency-based informal learning is often the only option that makes sense (see Michelle R. Weise and Christensen’s latest on this as well here).

Traditional institutions of higher education are unlikely to fill this demand. Their institutions were not built to update and develop curriculum and short-term programs rapidly. Those best equipped to teach may be practitioners and real-world experts using online platforms that allow them to reach anyone instantly. For example, three days after Apple released Swift, its newest programming language, a developer had already launched an online course to brief others on the language.

This is the sharing economy of education. Adults can choose the competencies they need, from pivot tables in Excel to training a new puppy, and learn them when they need them online, no longer tied to academic calendars or seminar dates. Books of course can also do some of these jobs, but they take time to produce and publish, and they aren’t generally interactive or as accessible as quickly and simply. As a result, publishers and in-person training centers may be the first victims in this wave of disruption

The world of online learning presents the largest opportunity outside of traditional education for individuals to move into a world of skills-based professional growth. What this looks like in 20 years is anyone’s guess, but just because online learning isn’t displacing traditional higher education tomorrow, doesn’t mean disruption isn’t in the works. It is, and it will change our notion of what education looks like, as tangible lifelong learning becomes a reality for many more. 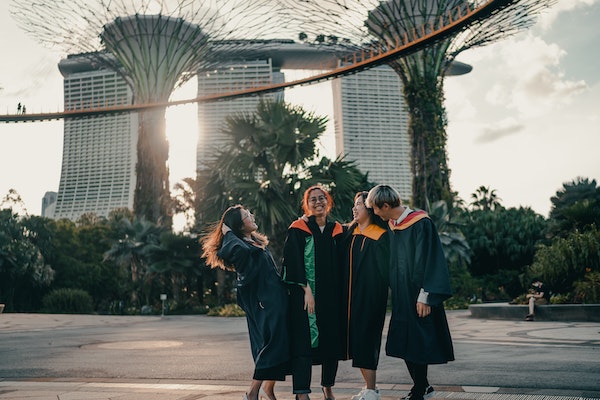 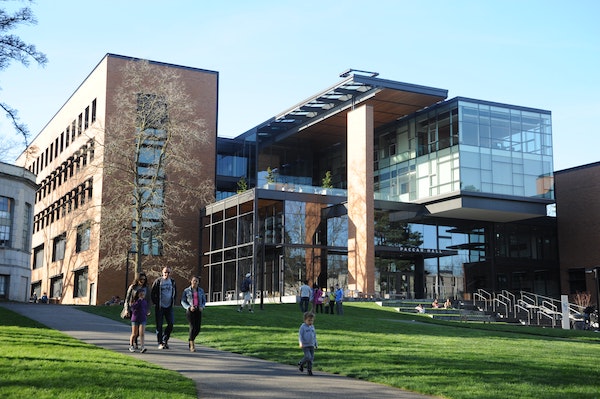